Docker is an application development and deployment platform through of images and containers, which has grown in popularity and development because of the ease of running applications in various development environments regardless of the platform or operating system, as long as they comply with Docker’s minimum requirements to be executed, which makes this technology in a great tool for the development and implementation of free software, even with large investments of large proprietary software companies.

And even though there is much we would like to talk about Docker in this post, we will specifically talk about the news that Docker’s infrastructure is scheduled for a time out for maintenance on August 25, the platforms

They are scheduled to receive maintenance next August 25 (2018) around the 13 hours, downtown Mexico time . With an approximate duration of 45 minutes. 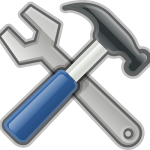 During the infrastructure update, all the platforms mentioned above are out of service, so if you want to download a docker image during that maintenance window you will probably receive connection errors.

We spread this news because we recently published the Docker image for Full Text Search in Nextcloud , which is hosted on Docker Hub and has been receiving healthy slow and steady traffic so far just over a week after its publication.

We invite you to read the original news if you want to know more about it.

We hope that this maintenance does not take you by surprise, excellent weekend.